Choosing between the IP Module and the GSM Module for the 2000 and 3000 security system.

Control your alarm system with your Smartphone via the GSM module connection to your alarm system. with the Bosch Solution 2000 and 3000 Alarm System, simple to use with plenty of flexibility.

Here are a few comparison points when considering which add on module to choose from.
Choosing between the IP Module and the GSM Module for the 2000 and 3000 security system.
The Bosch Solution 3000 IP Alarm systems are the most popular security alarm system kits we sell, for these reason, the advantages of the B426M IP module. 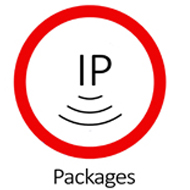 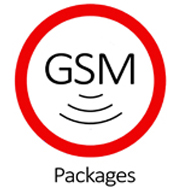 Features of the GSM module

B450-M + B443 (GSM Module)
We recommend the GSM module if the network on site is too unreliable or non-existent. As the initial setup is a bit more in depth and if being self installed, not as straightforward for a customer to program.
The GSM Module Kits are available in Multiple Keypad style.

Popular posts from this blog

February 05, 2021
As a Bosch Security Certified Partner we know our Bosch security products inside and out. The Bosch Solution Bosch Solution 6000 was new to the market late last year, replacing the Bosch Solution 144. With an identical panel to the Solution 64, Bosch decided to enhance the features of the 64 and the 144 was born. The GSM module was our biggest selling point for the 144, customers are moving away from fixed phone lines in their home and Bosch has answered their calls. With further enhancements including very attractive bells and whistles the Solution 6000 was born. The pricing on this panel was slashed dramatically, customers now pay the equivalent pricing for the Solution 16 Plus as they do now for the 6000 saving 100's of $. So why does the Solution 6000 outsell all of our other panels? The GSM quite simply sells this products as does it's self monitoring feature. Receiving notification from your alarm panel, being able to arm or disarm via a smartphone app. W
Read more

July 30, 2021
Wireless alarm systems will not require Wi-Fi , at least not to communicate with its wireless components. The only time a wireless alarm would need Wi-Fi  is if it reports back to an app on a customer’s smartphone, to alert them of an intrusion or to allow them to arm and disarm the system remotely. For the system to properly talk with its wireless components , it would require a receiver. In some instances this receiver can be built into the main control panel, but more often than not it is a separate device that must be wired in.  This receiver uses RF frequencies to communicate with each wireless device, which will have a wireless transmitter inside.  These wireless devices have the same function as their hard wired options, for example a wireless detector is able to detect movement the same way a wired detector will.  The difference is how it transmits this signal back to the panel.  The hard wired detector creates an open circuit when it detects movement, tripping the alarm ins
Post a Comment
Read more