Wireless alarm systems will not require Wi-Fi, at least not to communicate with its wireless components.

The only time a wireless alarm would need Wi-Fi is if it reports back to an app on a customer’s smartphone, to alert them of an intrusion or to allow them to arm and disarm the system remotely. For the system to properly talk with its wireless components, it would require a receiver. In some instances this receiver can be built into the main control panel, but more often than not it is a separate device that must be wired in. 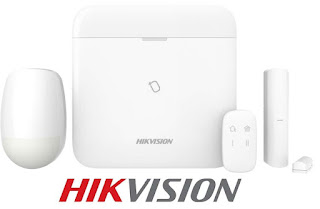 Popular posts from this blog

February 05, 2021
As a Bosch Security Certified Partner we know our Bosch security products inside and out. The Bosch Solution Bosch Solution 6000 was new to the market late last year, replacing the Bosch Solution 144. With an identical panel to the Solution 64, Bosch decided to enhance the features of the 64 and the 144 was born. The GSM module was our biggest selling point for the 144, customers are moving away from fixed phone lines in their home and Bosch has answered their calls. With further enhancements including very attractive bells and whistles the Solution 6000 was born. The pricing on this panel was slashed dramatically, customers now pay the equivalent pricing for the Solution 16 Plus as they do now for the 6000 saving 100's of $. So why does the Solution 6000 outsell all of our other panels? The GSM quite simply sells this products as does it's self monitoring feature. Receiving notification from your alarm panel, being able to arm or disarm via a smartphone app. W
Read more

June 12, 2017
Are you looking for an alarm system with all the bells and whistles. OK it has bells maybe not whistles but the Risco Agility 3 is indeed an awesome alarm system in my opinion. What sets the Risco Agility 3 apart from its rivals. Snap shot integration What this means, if there is an intruder or the husband that forgot the alarm was on, the Risco Agility3 will take a photo of them and send it directly to your phone. No more false alarms. Look in Detectors Did you know you can spy on your teenagers, if you have sneaky teenagers like myself, you can confirm they are definitely studying while you are away for the weekend and no parties are in full swing at your house.. Well rest assured with the Risco Eyewave detectors you are able to confirm that they are definitely not having a party. Confirm this with your own eyes. By looking through the detector on your Risco app it will reduce the battery life in your detector, but some times, this confirmation it is worth it, fo
Read more